Documentation Getting Started With The Forge
Module, Forge-feature, Tutorial
kakaroto April 13, 2021, 3:33am #1 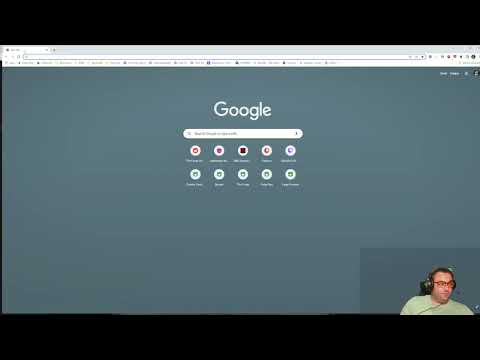 The Forge now features integration with D&D Beyond. With it, you gain convenient access to all 5th edition content that you own, and the ability to convert it into a Foundry-compatible format. However, this service is still in early beta .

Because it is in a beta testing phase, most features will only be available to Patrons of KaKaRoTo. During the beta testing phase, major changes will be made to the service, bugs will be ironed out, and the implementation will be a work-in-progress. By restricting it to Patreon-only users, we ensure that only dedicated users willing to endure these changes will use the beta service.

Non-Patreon users are currently able to import Frozen Sick, and the D&D 5e Basic Rules without subscribing on Patreon.

What to expect from the integration at this stage

As mentioned above, the feature is still in early beta, so your expectations need to be adjusted with regards to what content can be imported and how. Apart from the bugs we could expect and lack of polish, there are also missing features.
For instance :

Using the feature at this early stage will help in finding how to improve it and will be valuable to providing feedback early on.

How to enable early access to the beta feature

After you’ve subscribed, make sure to have your Forge account linked with Patreon.
You can link your patreon over at “My Account ” at the bottom, under account information:

After subscribing to the appropriate tier on Patreon, and connecting your Patreon account to your Forge account, the ability to import from D&D Beyond should be made available to you.

You can import content you own from D&D Beyond by visiting the Bazaar and clicking on the D&D Beyond category.

The first step will be to import the content listing from D&D Beyond. This will use a small portion of your Data and Assets Library so it can save the listing and the cover images. After that you will need to install a Chrome extension which will allow the integration between The Forge and D&D Beyond.

Once done, you can then import book contents by clicking the Import button on the package, and waiting for the process to finish.

Limitations of the Beyond Integration

While we have received approval from D&D Beyond to help users import their content, there are certain limitations to handling the content.

We cannot store D&D Beyond purchases like other Bazaar content, as this would entail redistributing personal Beyond data to users- as a result, content you’ve imported from D&D Beyond will consume your asset and game storage.

Other limitations may apply as the integration evolves, as all integration must be developed with the assumption that the user is importing the data from D&D Beyond, rather than the software containing the data itself, and importing it to the user once its confirmed that they own the data on D&D Beyond.

Hi Kakaroto–thanks for the work on this project.

How would one go about importing the Basic + PHB, DMG and MM books into the same world? I have downloaded Basic as a world, and downloaded the three other books as “modules” but I just see them in my Assets folder as files.

I did the same. I imported most of the sourcebooks I own to modules. They don’t show up in the module list in the world I’m wanting to import them into (Icewind Dale: Rime of the Frost Maiden). I expected to see them in the manage modules section to enable them.

Hi,
One thing missing in the conversion/install process during the beta is the warning that would tell you to restart your server for the new module to appear (like when you install a module from the Bazaar while you have a game online). I expect if you simply stop/start the server, the modules should appear.
Do note that I wouldn’t recommend importing Basic+PHB+DMG+MM into the same world. That’s a lot of content and it would require you and every other player to download all of that every time they join the game. Foundry’s performance will also degrade based on the amount of content (number of actors, journal entries, items, etc…) in a world, so it’s based to use an approach where you only import into your world, the content that you actually need.
I hope that helps!

That works, thanks. Are you going to make some other modules dependencies for these eventually? Something like compendium folders, etc?

All working now. Thanks for the reply.

No, but planning on having a custom interface for browsing the compendiums. Something a bit easier to use than compendiums+compendium folders

any updates on any of this? hows it coming along?

We’ve not released any updates to the service yet, though you can expect to see some sooner rather than later. We promise we’ve not been leaving it idle- we’ve just had so many other important tasks at the same time!

I noticed that for Tomb of Annihilation (not sure about others) only one level of a dungeon is loaded. Is this deliberate? Many thanks!

Dos not seem to be deliberate.

Seems everything is loading properly for me, could you send some screenshots of what you are seeing?
Might even be interesting to see your console (f12 → console), see if there is any errors.

I bumped up my Patreon to the $10 tier for adventure importing and gave Curse of Strahd a try. Wow! I mean, it’s early, but I can see what great work you’ve done. I am currently running my Strahd campaign from a R20Converter-imported Roll20 game, and it’s interesting to compare the two.

Question: Is there currently a hard limit to the number of maps brought in? It seems to stop after a certain point alphabetically.

Thanks and keep up the amazing work!

Thanks!
No, there is no limit on the number of maps brought in, but the maps that are brought in are based on MrPrimate’s ddb-meta-data project, and that’s likely all the data that was available. I believe the converted will first convert those scenes that have metadata, then bring in the rest, which is likely why you see it stops bringing in walling info after some point.

I saw mention that the modules are based on mrprimates importer. would that explain why the monsters have no spells in their sheets? i dont understand the order of importing spells/monsters so their sheets come in populated.

No, the import is not done using MrPrimate’s ddb-importer. The scene data (wall and lighting information) is from MrPrimate’s ddb-meta-data project.
The reason for the monsters not to have spells is because the spells are from the PHB or Basic Rules, so that issue falls under the category of :

Is there a link to show whats been done to the Adventure books? Like walls, lighting,etc. I remember see something at some point but seem to have lost the link that showed whats been done to what book. Pretty sure it had a star rating as well. Also has anything been done with the integration? Seems things came to a halt

I remember see something at some point but seem to have lost the link that showed whats been done to what book.

Yes, the metadata project is available here : GitHub - MrPrimate/ddb-meta-data: Provides meta data for mapping adventures and linking Journals for Foundry VTT
And you can see the status in the spreadsheet linked in its README

I think the star rating you’ve been thinking about might have been the VTTA project though, which is something else.

Also has anything been done with the integration? Seems things came to a halt

It has indeed moved very slowly. There’s been small improvements over the past few months but nothing worth writing about. It’s because I’ve been having both a more sustainable work/life balance to avoid/recover from burnout, and because of many other higher priority issues that had to be handled. I expect the D&D Beyond Integration to be back in the spotlight very shortly.

I hope that it returns to the spotlight soon. It would be especially nice if the module imports could get back up-to-date after some of the errata changes.