I am trying to import a world from my computer, but I cant find a way to make it work
The error does not give me a clue to what I can do to fix the issue. 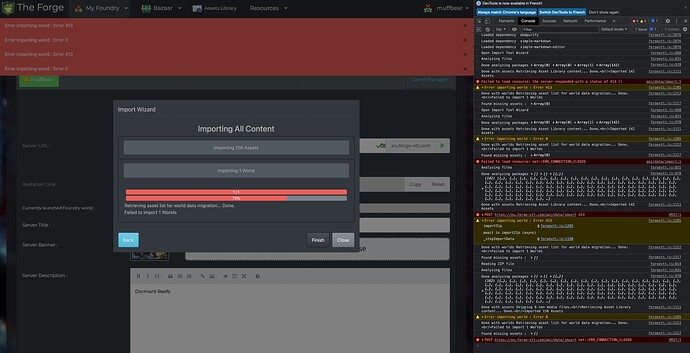 I had previously the issue of ressources not being uploaded because I used the tokenizer module that stores tokens outside of the world folder.
But now I no longer get a list of missing assets, so I have no idea what is missing to create the world.

Trying again sometimes change the percentage at which the error occurs but it does not provide more informations. 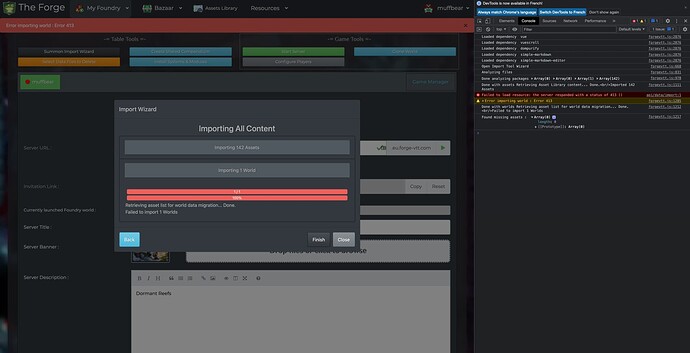 Turns out my problem is that I had setup a git repository in the folder of my world which enabled me to share it between different computer and have some versioning of it.
I completely forgot about it and it turns out the importer did not like to finding it.

I completely forgot about it and it turns out the importer did not like to finding it.

Nice catch. That was likely the cause, as I expect the .git folder would have been rather large, and would have caused the world to become too large to import.
Glad you got it sorted out!