Hi, after the last couple of updates to forge and foundry my players have been having trouble changing images on character sheets. Whenever they try to change an image the game gives them this message:

I believe it is because they somehow lost access to the Core Data and the User Data of my campaing:

Since those are the the ones that have the default images of features and spells, etc.
Is there a way to grant them access to those again? One of my players is also running a game and he is not having this problem with his players so I must have toggled something off.

Hi,
You likely toggled the privacy mode on the icons/svg folder or its parent.
Here’s a screenshot showing where the button is, and you can see the purple-ish background of the svg folder on my side where I’ve toggled it as well. 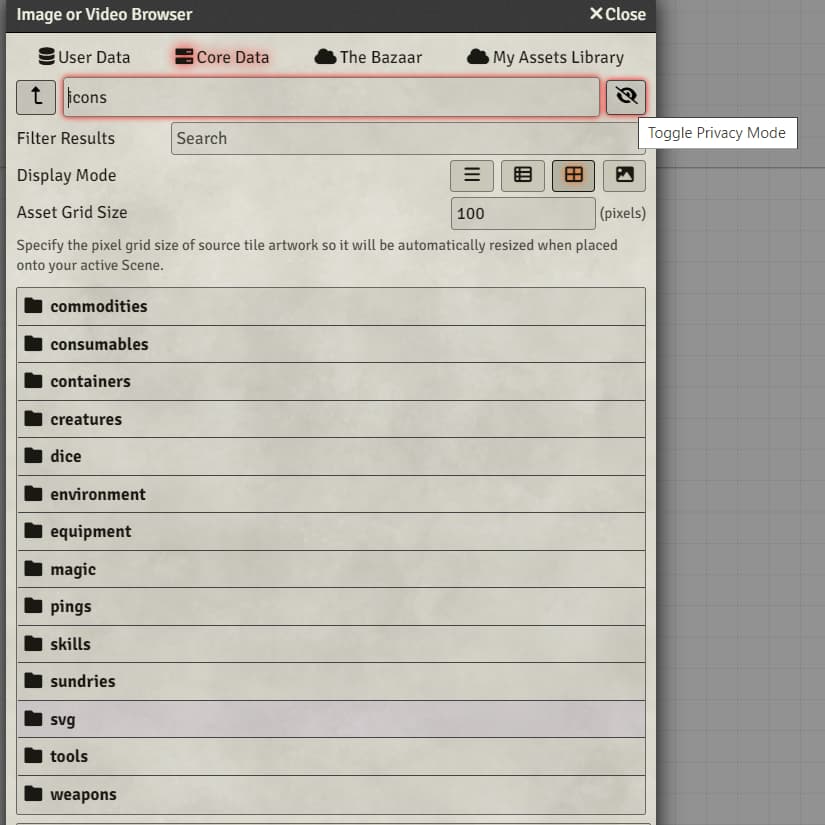 image825×825 49 KB
Foundry allows the DM to toggle visibility on folders to prevent curious players from exploring folders they shouldn’t have access to.
This isn’t much of a problem on the Forge since each player has their own isolated assets library, of course, but it’s still something you can toggle on the core folders.
1 Like
wanderinggsus November 9, 2022, 12:51am #3

That was it, thank you.