I used the R20Exporter to export a campaign from roll20 as a .zip then used the R20Converter to turn it into world on my local foundry. No errors during the process.

I imported the world using the Summon Import Wizard, and once again no errors but I do notice that my foundry version is 9.269 but the imported campaign is showing foundry version 9.245. However, when I try to launch the world I get an error stating "Error: Required field “name” not present in ItemData. Checking the various databases I do not find any KVPs missing the name key nor missing a value for the name key.

When trying to launch a world in this way it appears to cause my foundry in forge to hang up for a long period of time.

Try this:
On Roll20, delete ALL instances of the Playing Card Deck (that Roll20 insists on shoving into EVERY World ever).

We’ve seen some instances of that Card Deck holding things up when FoundryVTT on Forge is trying to upgrade things to the current data structure.

Also, NEVER point Summon Import Wizard at a R20Exporter zip file, you’ll upload a bunch of images, but no FoundryVTT world, since that zip has not and will not ever contain FoundryVTT Info.

Thank you for the advice. I did not create the campaign in question so while I did delete the deck he manually created there is a default deck that apparently can only be deleted by copying the campaign but choosing not to copy over the decks. I am currently waiting for the creator to do this.

In the meantime do you think that the unnamed folders are an issue as well? If there were just a few I would add a name to each folder and its corresponding JSON but there are so many I would rather not spend the time if it is not likely to be the issue.

I doubt it, honestly. Try the Card Deck deletion on the Roll20 side first, then see what happens from there.

What is R20 Exporter? I asked the Roll20 support staff and they never talked about it… I have four campaigns to export at the moment!

Not something to ask the Roll20 Support Staff about. 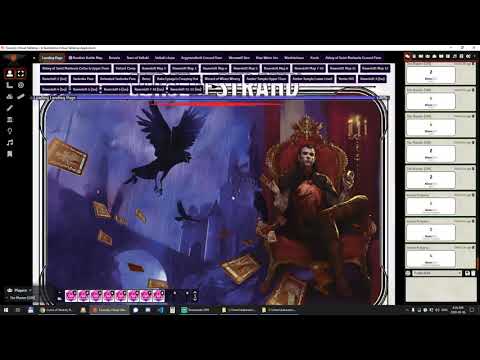 Thanks a lot! That will save me so much time…

I did miss some entries with invalid names.

To fix the issues I extracted the exported campaign then:

You can search for “name”:“” to find any KVPs that do not have a name.

Which version of the converter did you use? Because it’s been I think over a year since I added an auto-fallback to always specify a name in the db even for characters/scenes without a name (“Unnamed Scene” for example).
The latest version is 0.11.6