Morros the Kingdom of Death

Morros the Kingdom of Death
Welcome to Morros where not even light dares to enter. Undead roam the streets as laborers while their necromancer masters oversee the populace. The Everlasting and his loyal servants rule over the land with an iron fist, stamping out any insurrection that dares challenge his rule.
The Devil’s Deal holds monopoly over the Lifebrand, handing gold to anyone pledging undead servitude after death. While the Church of Everlasting Twilight preaches and enforces the belief of the Everlastings divinity.
Life may seem grim and hopeless in this kingdom, but to those that live here, life could never be better.

Whether you are natives that wish to keep the system running or those that wish to fight against it is up to you. Your actions might possibly determine the fate of Morros and the entire realm.
This game has mature elements, heavily RP favored, and death is most certainly a possibility, although perhaps not the end. The adventure premise will be discussed during session 0 when the players are selected. I will also do interviews to applicants that I have chosen.

In the lands of Morros where not even light dares enter, the immortal king known as the Everlasting sits upon the Throne of Mourning. His necromancer overseers known as Caretakers govern the populace to complacency, while his Collectors drive evil... 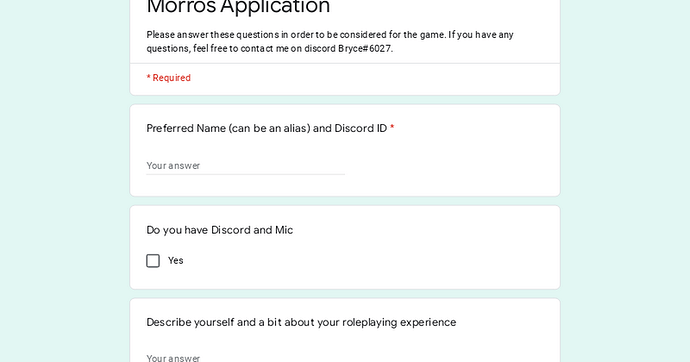 Please answer these questions in order to be considered for the game. If you have any questions, feel free to contact me on discord Bryce#6027.