Hello all, I’ve been having a problem with Forge/Foundry recently where some of my modules aren’t showing up in-game. In my Foundry setup page I have about 30 modules installed, but when I get into the game and go to ‘Manage Modules’ some of them are missing.

Specifically Better Rolls for 5e and Item Containers are the important ones I’m missing. I first noticed that Better Rolls had stopped working a few weeks ago, but have only just now sat down and dug into why.

I’ve tried unistalling and reintsalling, as well as installing Better Rolls through both the Forge Bazaar and through the regular Foundry interface. I’ve added screen shots of my module lists from setup and in-game. If there is any other info I can provide just let me know.

Also, I tried going to ‘Select Data Files to Delete’ from the Forge game configuration menu and both Item Containers and Better Rolls are present there as well. 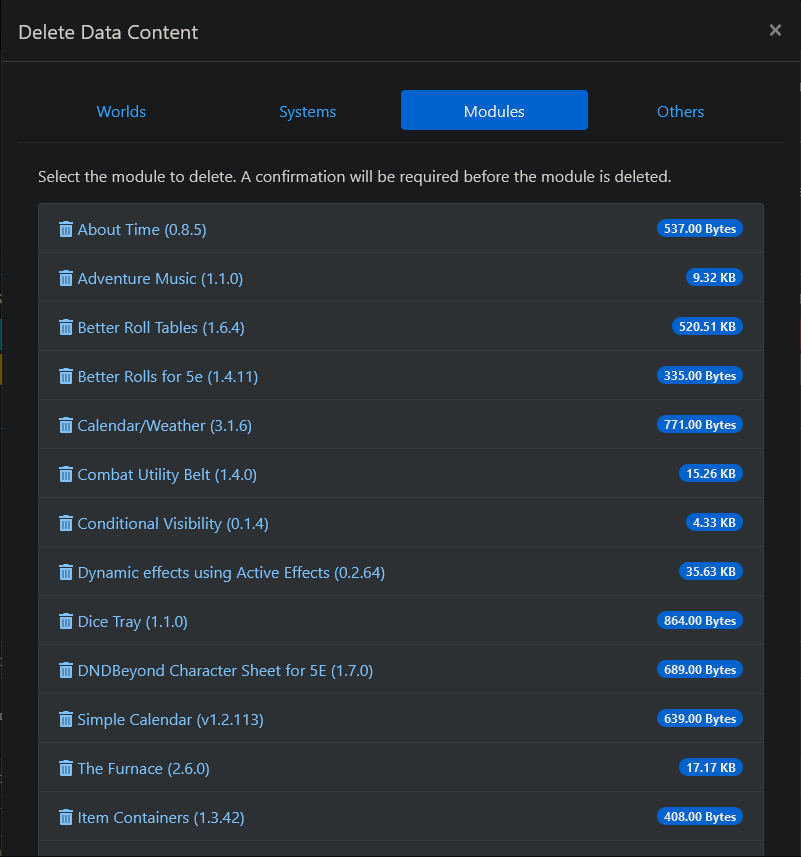 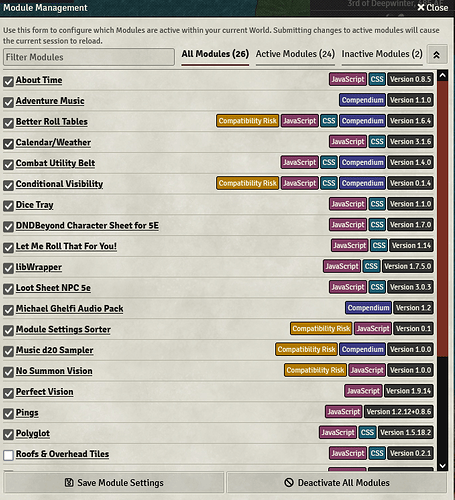 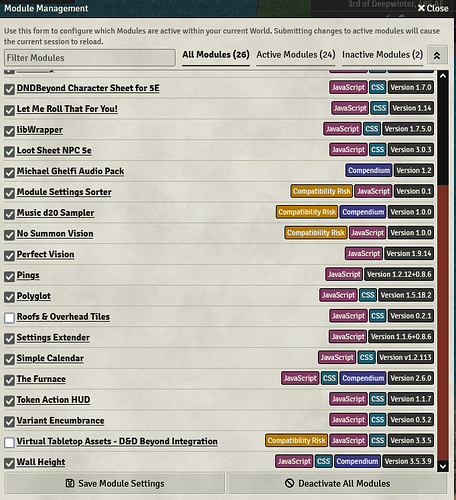 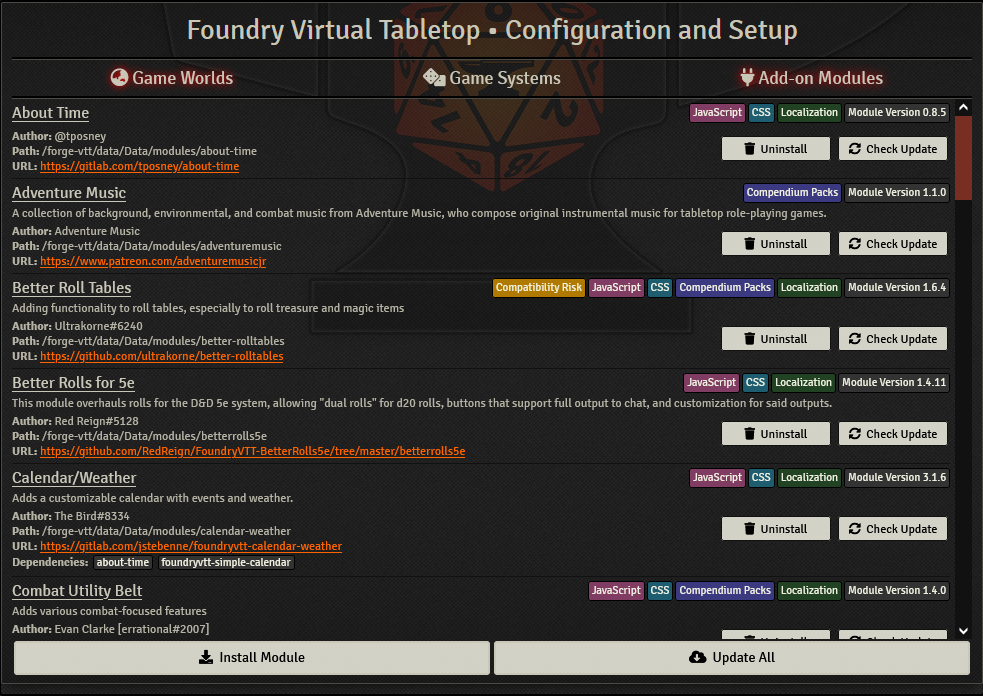 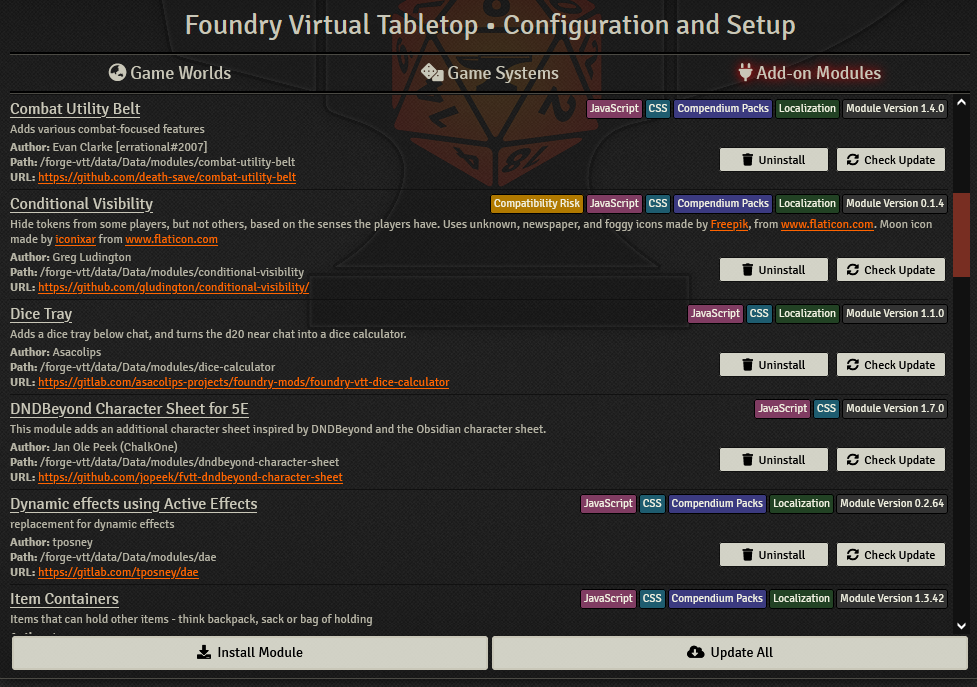 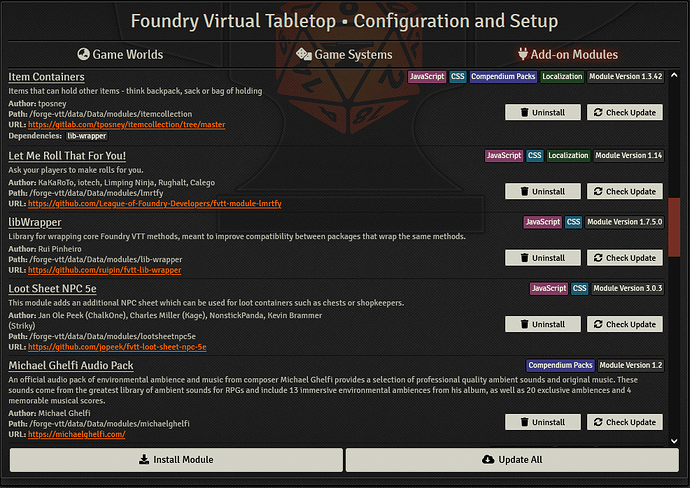 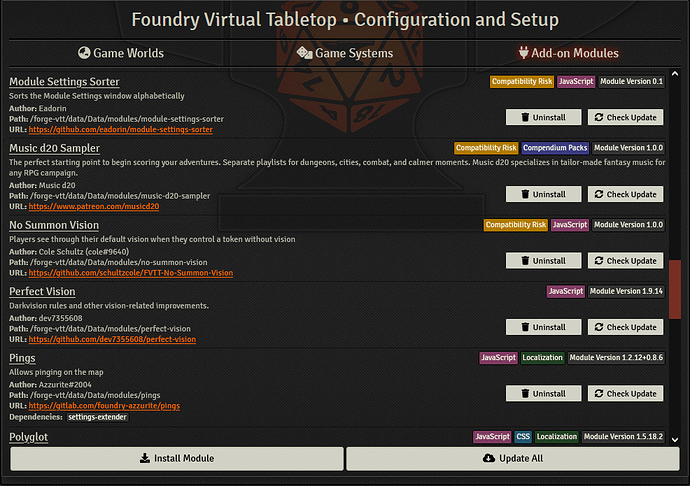 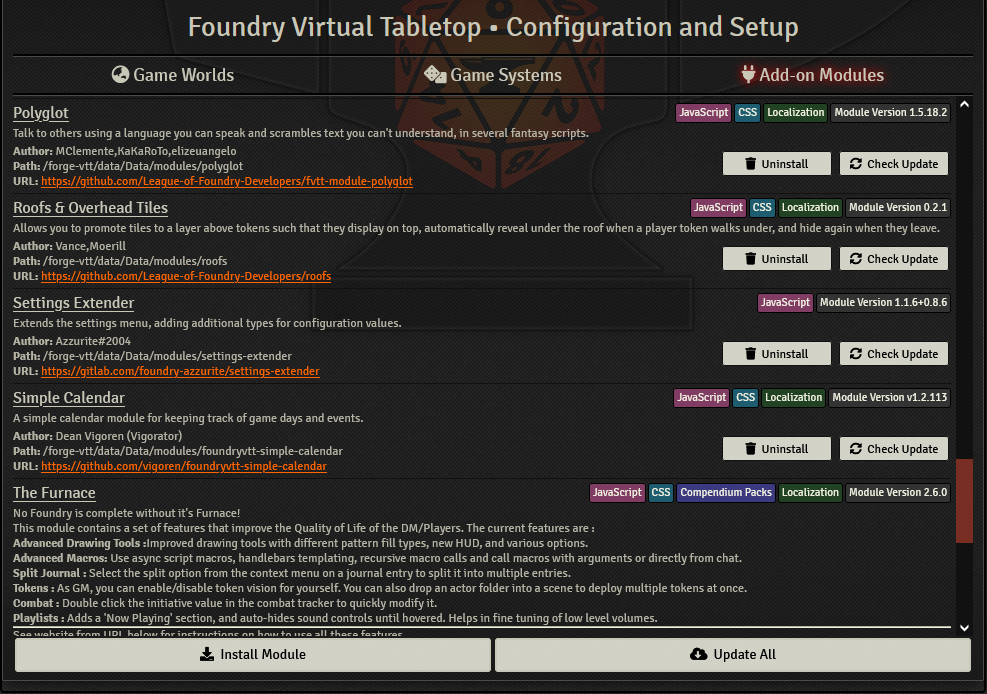 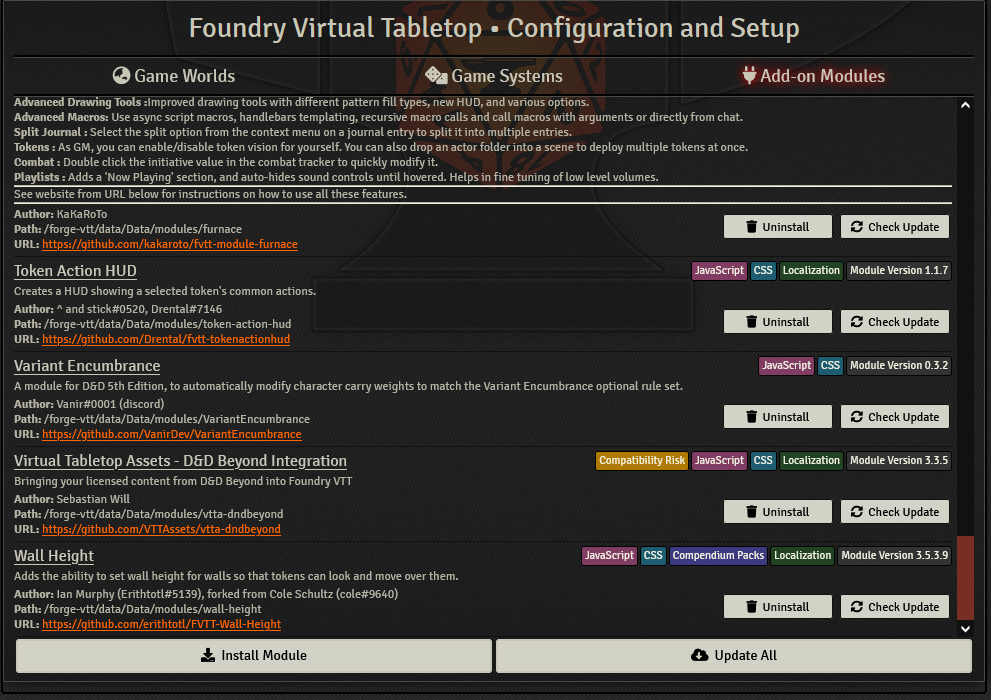 What’s your Foundry version, what game system your world uses, and what’s the version of the system ?
If a module doesn’t appear, then it generally means that it’s because the module is meant for a different system. For example “Better rolls for 5e” would only work on dnd5e games, so it won’t show if your game is pathfinder. Similarly, some of these could have a minimum system version they require, so if you have an old version of the system, it would not show. Make sure all your modules and systems are up to date in the Bazaar.

I didn’t realize systems had updates. I updated mine (dnd5e) and that fixed the problem. Thanks for your help!