So to actually report a “bug” about that, as I currently got it to redo it.

I get an internal server error the first time I load in the site (after it is idle), like this: 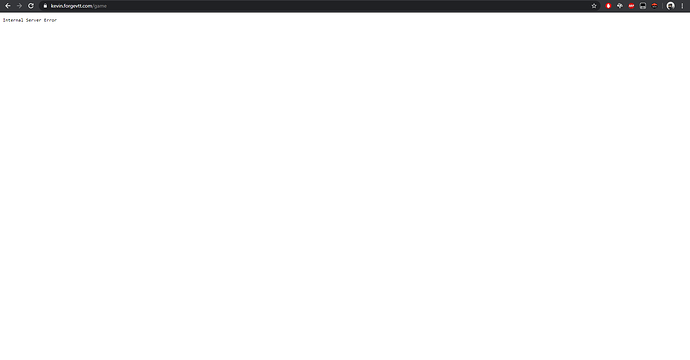 I would reccomend just rederecting the site 2-3 times if the “internal server error” shows up, because if you refresh, the server has started.

I’m aware of that bug, but the bug is in FVTT unfortunately, so not much I can do about it. It happens if you launch the server with the --world option and if you try to accept it shortly after it started.
The only way to prevent this would be to force a delay after the server starts before I give access to it, but I don’t want to do that as it will delay the first launch of everyone even when it’s not necessary, and I like that it launches the game as quickly as possible and seamlessly.
I reported the issue to Foundry and they said it should be fixed in the next release.
I guess I can just add the delay now temporarily until 0.5.2 is released.

I’ve fixed this by the way, so should be good until 0.5.2 is out and I can remove the 1 second delay I added.