Importing world from .zip, asset URLs are not updated to use asset library URLs

Hey, apologies if this is not a supported feature yet, but when I import a world from a .zip folder, it seems that the image links for my tokens aren’t switched over to use the asset library URLs.

I can always switch them over manually, but this may get to be pain as the world gets larger. 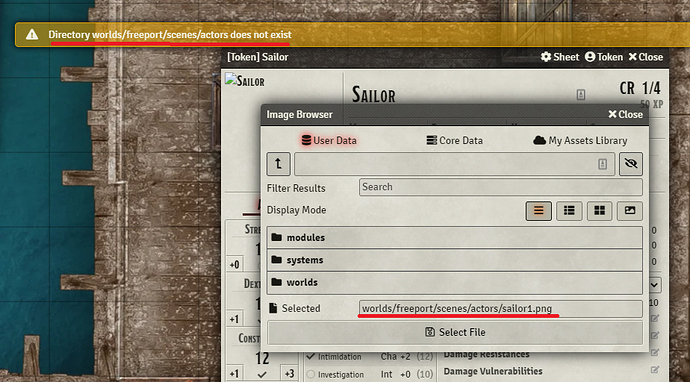 Hi @mcoirad,
The Importer will switch the links to use the assets library. Make sure that you actually do have those files with the same name and in the same path in your assets library, otherwise it won’t be able to find it.
I’m pretty sure you don’t have the file, since the forge will also capture any attempts to load a non existing file and return the data from the assets library if the file exists in the assets library, so your image should have loaded if the file was there, even if the path was not modified in the world itself (though it wouldn’t have benefited from the worldwide distribution of the assets and speed improvements).
I suggest when using the import wizard to import the entire Data folder to make sure nothing is missed.
I hope that helps.