I’m trying to use the module “Game Player Table” the key componate to being able to use it assigning a hotkey to move the camera of the specified player. When I install the module that option is missing in the Forge. You can see the option here in the standalone Foundry 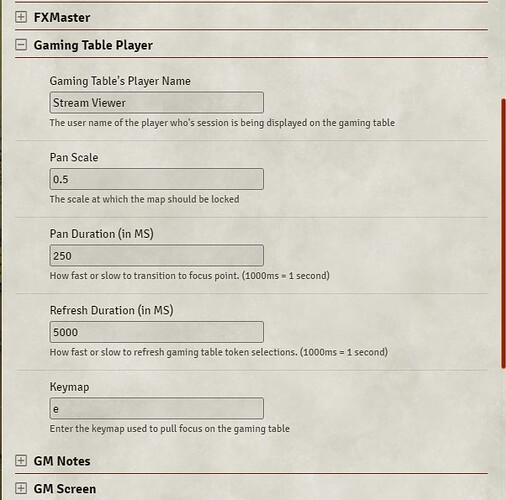 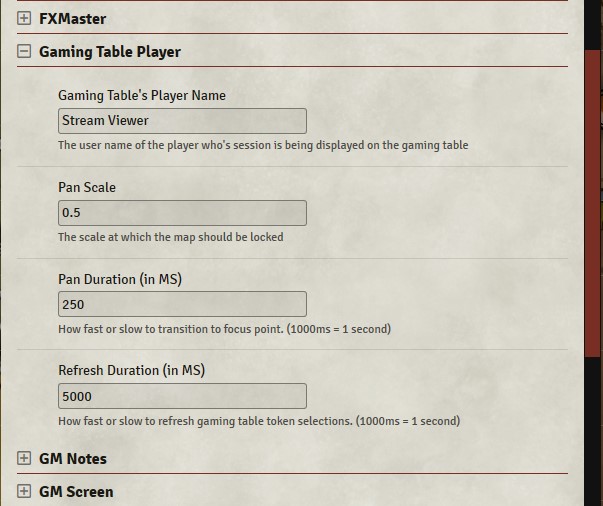 The module developer is not following the best practices for module development (https://foundryvtt.wiki/en/development/guides/package-best-practices) and is pointing the download link to his master development branch… so while there is only one “0.0.1” version released, anyone downloading the module will get a different version depending on the day they downloaded it.

According to the commit list, there are 6 commits, so there are basically 6 different versions of the module. The hotkey option was added 4 days after release : https://github.com/skepickle/foundryvtt-gaming-table-player/commits/master

I hope that helps

You are a saint. But now I’m having trouble install the correct module. I’ve tried unchecking the “use Bazaar” when installing but it still installs the Bazaar version without the hotkey. I’ve double-checked and the .json that I’m installing does have the hotkey.

Edit: Nevermind I figured it out.