Actors/Scenes lost Images when I imported from local game

I just imported my games today from my locally hosted computer.
The import seemed to work, but all of the images are no longer linked by their associated scenes and actors. Do I need to manually reattach all of them for both character sheet AND token? 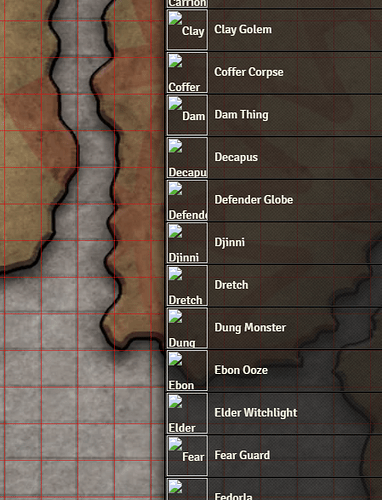 That means you didn’t import the right folder. Point at the ENTIRE FoundryVTT Data folder with Summon Import Wizard.

So I thought I did that. I redid it, and it asked me to overwrite my worlds. Which I did. But I am still not seeing the actors or scenes linked to their images.
It looks like it is looking in the User Data, but it will only display it from the My Assets Library 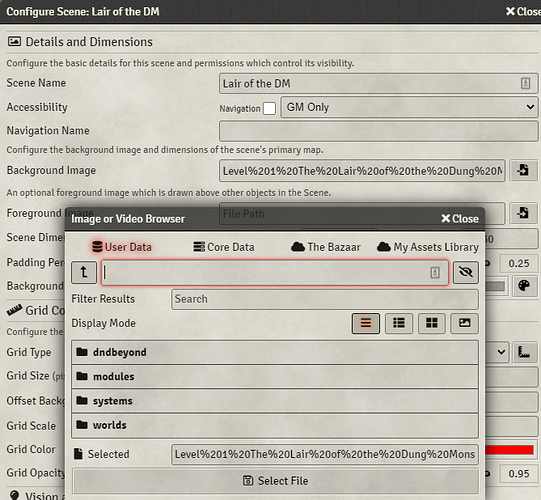 Screenshot the local folder structure you’re uploading from, and a path to an image.

@kakaroto Any insight as to why this wouldn’t have uploaded nicely?

I think I made a workaround. Pretty sure I did it the wrong way.

I’m not seeing a screenshot of the full Data folder, or of the assets library. So I can’t say whether this “Level 01 The Lair of the Dung Mons…” file exists, in which folder or what it looks like. I would say one likely possibility would be if there is a case sensitivity issue as I’ve recently seen where a user had a similar problem but had a folder as “Player_Characters” in their PC but the links pointed to “player_characters” (which of course works in Windows but doesn’t work on a real operating system).

My experience has been the same, my images were place in the Assets Library, this changes the path so the old path doesn’t reach them; I had to reconnect each icon.