Active module not functioning or showing up in module setting list

Hello, I have been having an issue getting the Mount Up module working on one of my worlds. I thought there was a confliction with some other modules but that does not seem to be the case as I have copied the exact same modules over onto my own foundry client installed locally. I also opened a test game on Forge and installed only the modules needed to support Mount Up it still does not appear in the module settings.

The foundry version and the pathfinder 2e version and all of the module versions are identical to my local setup below, except the Mount Up module functions and shows in the module settings. 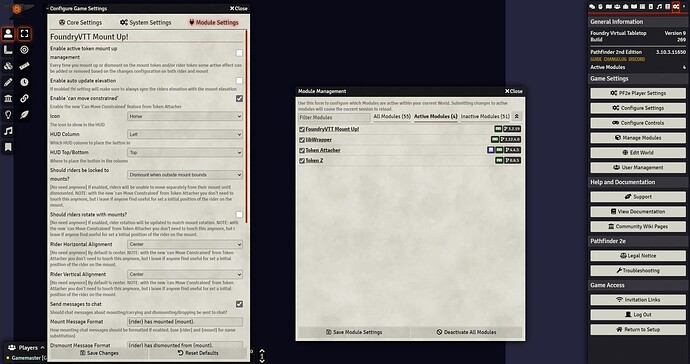 I did stop and restart, both worlds are only a few hours old and problem was still there within minutes of creation.

Just for fun, can you disable “Token Attacher”? I believe all the dependencies got pulled out of Mount Up (except libWrapper) 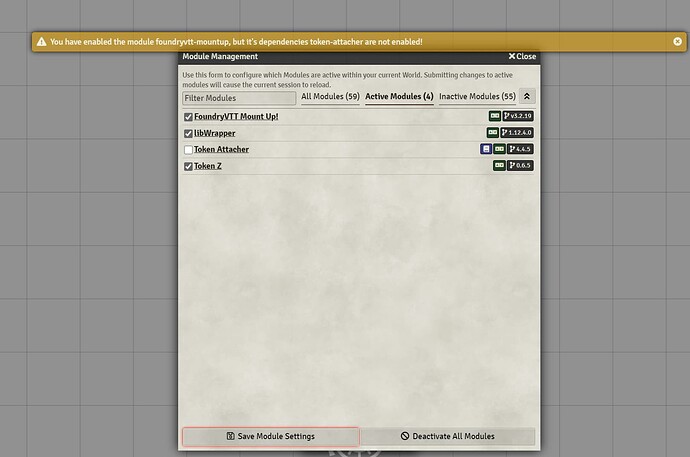 I investigated the issue and got the same problem as you. After wasting a ton of time trying to figure it out, I realized that however the mount up developer has set things up is broken, and they seem to have made two releases, one that is broken and another one that isn’t.
See the release “v3.2.19” which has that extra “v” at the beginning and doesn’t actually have the code for the module in its zip file (instead, it had the typescript files pre-compilation). and a correct “3.2.19” release which has the actual working module. See the list of available versions from the Bazaar : 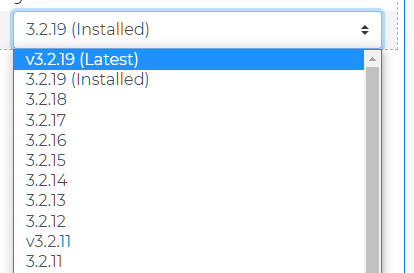 I’ve gone ahead and marked both the broken v3.2.19 and older/broken v3.2.11 releases as unavailable so they shouldn’t be visible anymore in the Bazaar and you should get prompted to update to 3.2.19 which should fix your problem.

I had the same thing, I needed to enable the module socketlib, I don’t know why Foundry doesn’t install/enable it when you select mount up, but only complains about it when you try and save your module selection

That is great it works perfectly now, you’re a legend. Thanks to the both of you for your help!